“How one board member screwed the company He vowed to serve.”

By David SniderFebruary 28, 2022No Comments 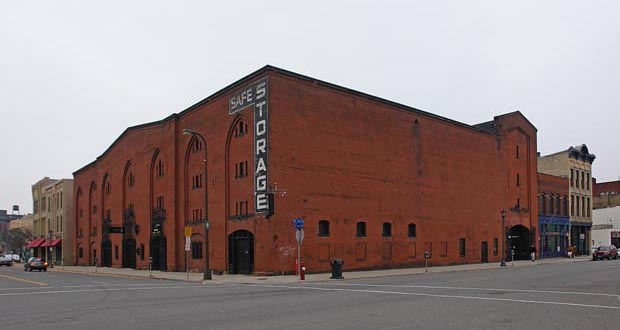 Last week it was announced that the former space of Theatre de la Jeune Lune in Minneapolis, MN, was sold for $10M, just over a decade after a former board member bought the space for a steal. Dominique Serrand, the theatre’s longtime artistic director posted the article announcing the sale on Facebook along with this statement:  “How one board member screwed the company He vowed to serve.” Youch.  I was surprised to see that this sad saga is still playing out. Partially because I’ve been interested in how Jeune Lune ended for years and wrote a case study about the company’s demise in my new book Managing Arts Organizations.  Here’s an excerpt from that case study:

“After the company decided to dissolve, the theater was put up for sale. For almost three years, the building stayed on the market, with at least one potential sale falling through during that time. Finally, in spring 2011, it was announced that a former Theatre de la Jeune Lune board member had bought the building. He intended to turn it into a nightclub as part of his business, according to an article at the time of the sale:

‘Former Theatre de la Jeune Lune board member Peter Remes has bought the former home of the theater at 100 First Avenue North in downtown Minneapolis and is on the verge of launching the space as a new cultural and music venue that he says will transform the arts scene in Minneapolis. Remes bought the Jeune Lune building because he believes it’s ‘the coolest building in Minneapolis,’ he told me at a fundraiser for Midway Contemporary Art, which rented the building for the event. At the party, all the seats were cleared out of the main theater area, a large chandelier hung from the ceiling, and lights colored the tall brick walls.

Remes joined the Jeune Lune board of directors three years before the theater company dissolved, which happened in 2008 as a result of mounting debt. He joined the board because he felt the company was ‘innovative and amazing,’ he said. ‘I loved the organization’, Remes said. ‘It’s a shame they didn’t make it. Unfortunately, by the time I joined, there were severe financial issues—the organization was swallowed up by the building.’ Remes is confident, he says, that the new venue will be an innovative social hub in the Minneapolis arts scene.’[i]

The Duty of Loyalty dictates that members of a board of directors should put their loyalty to the nonprofit organization first in dealings regarding the organization. Given he was a real estate developer and therefore presumably had expertise in buildings and debt, Remes perhaps could have taken action earlier to save the organization. Why would he wait three years to buy the building, if he always loved it? Why did he refer to the organization as “they,” when he was a part of it?”

Here’s the end of my case study:

“Organizations that exist for decades ultimately become institutions and owe their audiences, artists, funders, and individual donors clarity. A company can decide to dissolve, but that dissolution should ideally be planned, so that the organization’s assets and audiences aren’t just abandoned. When Theatre de la Jeune Lune collapsed, audiences, artists, and the community lost big.”