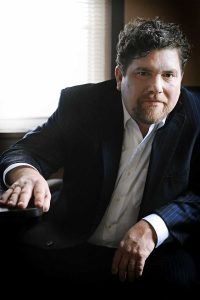 David Andrew Snider has more than 25 years of experience as a director, educator, producer, public speaker, writer, and administrator. Currently the Executive & Artistic Director of the Hubbard Hall Center for the Arts and Education in Cambridge, NY, he has launched several new artistic and education programs on the campus of Hubbard Hall while also greatly expanding the company’s outreach to the community. David has led the Board of Directors through a new strategic planning process aimed at growing the company’s staff, fundraising, marketing and administrative systems to better support its mission delivery over the next two years while increasing the company’s annual budget by 25% in his first year.

Prior to Hubbard Hall, David served as the Director of Artistic Programming at Arena Stage in Washington, DC from 2012-2014, and as the Producing Artistic Director of Young Playwrights’ Theater (YPT) from 2005-2012. Under his leadership, YPT was awarded commissions from the White House, the Kennedy Center and the Smithsonian Institution while establishing a resident company and an advisory panel of nationally recognized playwrights. From 2010-2012, David received the Meyer Foundation’s $100,000 Exponent Award for visionary leadership of a nonprofit, the National Arts and Humanities Youth Program Award from the President’s Committee on the Arts and the Humanities and the Hands On Greater DC Cares’ Essence of Leadership Award. David is a Directing Fellow of the Drama League of New York, a past President of the League of Washington Theatres, a member of Leadership Greater Washington and a National Arts Strategies Chief Executive Fellow. David received his MFA from New York University, Tisch School of the Arts and his BA in English Literature/Russian language from Dickinson College, magna cum laude, Phi Beta Kappa. David is currently a Lecturer in the Arts Administration program at Skidmore College, adjunct faculty at American University and resides in the village of Cambridge, NY, with his wife and children.