The Brilliance of Poop

By David SniderNovember 21, 2021No Comments 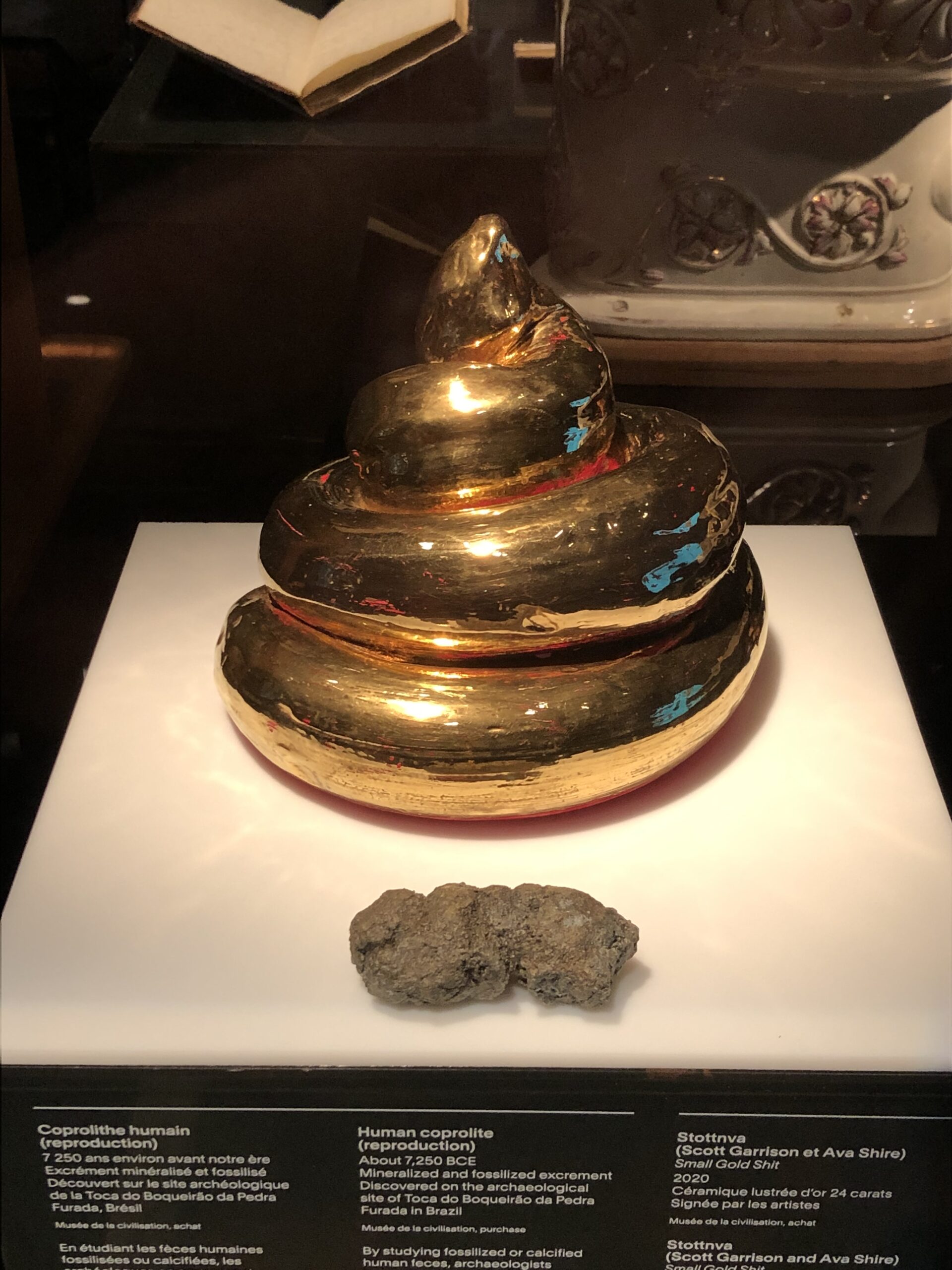 I was lucky enough to travel to Quebec in September to celebrate our 20th wedding anniversary. While in Quebec, we visited the Musee’ de la civilisation, which is now one of my favorite museums.

The museum was presenting a touring exhibit about the Maya and a permanent exhibit titled This is Our Story about the First Nations of Quebec.

But they also featured an exhibit playfully titled Oh Shit!

This amazing exhibit featured fun video games, sculptures of a variety of poop, and even smell exhibits. But even better, it featured a ton of scientific research and information about poop’s role in society, the environment, and its history. This exhibit taught us, entertained us, and showed how a museum can offer up great content in ways that are extremely relevant to our lives.

When we arrived at the museum, we stood in line behind a couple and their small child, who told the museum greeter she was there to see “the poop.” By creating a fun, family friendly and interactive exhibit on poop, the museum is drawing in kids, parents, and anyone interested in poop.

And isn’t that everyone?