The Genius of Duane Michals

By David SniderJanuary 4, 2022No Comments 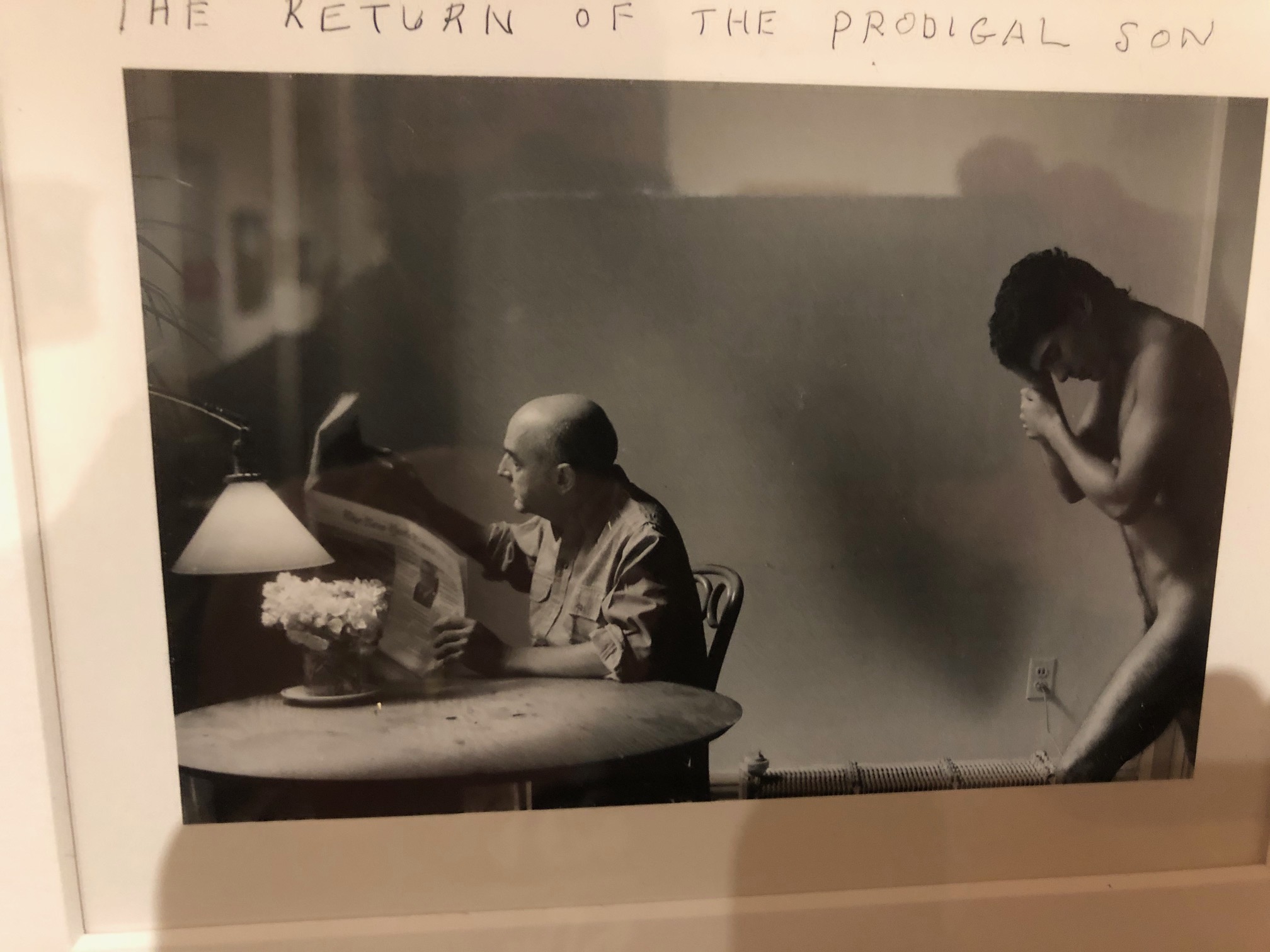 The Return of the Prodigal Son by Duane Michals, 1982.

I’ve been very lucky to meet and know the photographer and artist Duane Michals. Duane has been a patron and supporter of Hubbard Hall Center for the Arts and Education, where I’m lucky enough to work, for decades. We have a beautiful series of photos by him of A Midsummer Night’s Dream at the Hall many years ago.

So I was delighted to find Duane’s work exhibited at the Smith College Museum of Art last week while visiting that beautiful place for the first time. His piece, The Return of the Prodigal Son, is a series of five black and white portraits based on the story from the New Testament. The first, seen above, shows a son returning home to his father, naked and distraught. Then, through the next four images, the father turns to greet the son – and while doing so, the father removes his clothing and walks towards the son, until they are reunited in a naked embrace. The father has realized his son’s dire need – and stripped himself to meet him with his own naked, fragile humanity. It’s a brilliant, simply elegant demonstration of a father and son reunited in all of their raw fragility.