By David SniderJuly 8, 2019No Comments 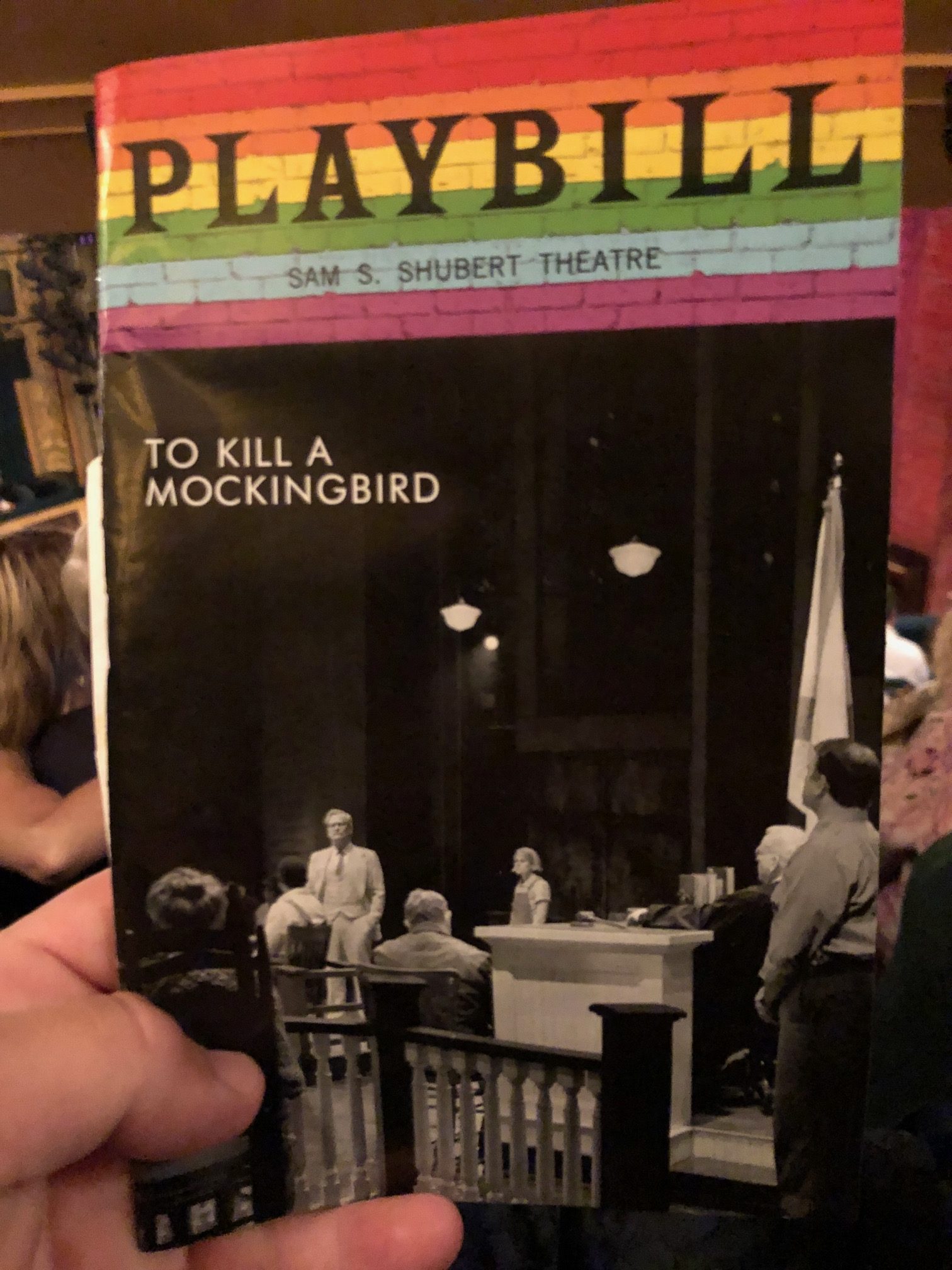 I was able to see To Kill A Mockingbird on Broadway last week.  It’s a new, powerfully told version by writer Aaron Sorkin.  I wanted to see it after hearing Mr. Sorkin and Gbenga Akinnagbe, the actor who plays Tom Robinson in this version, on the WAMU show 1A a few weeks ago.

You may have heard about the fight between Harper Lee’s estate and Scott Rudin, the producer of this version.  The Lee estate objected to some liberties taken by Mr. Sorkin’s version, leading to a court battle which Mr. Rudin ultimately won.  What I didn’t know, until I heard Mr. Sorkin explain in recently, was that the estate’s issues with this version had largely to do with how much agency Mr. Sorkin provided to the character’s of Calpurnia, the live-in nanny and maid to the Finch family in Mockingbird, and Tom, the black man accused of attacking a white woman in the deep south.  Mr. Sorkin gives them each more of a voice and an ability to wrangle with their tragic situation and their anger and dignity throughout the story.  By doing this he honors these human beings more than the original movie – or even book – versions – and makes this story more immediate to our contemporary experiences.  He also has the children – Scout, Jem, and Dill – played by adults and speaking directly to the audience throughout, as a chorus inciting us to action.  The jury box, meanwhile, is purposefully left empty – a reminder that we as the audience are implicated as the jurors in this version, and we are implicated in Tom’s being found guilty by this horrendously unfair culture. Scout especially invokes “All rise!” several times throughout the story, and at the end, as a theme for us to get off our duffs and take action against the injustice we witness in this world.   The production is directed by a friend and colleague of mine, Bart Sher, who directed me way back during my days at NYU.  Bart’s deft hand and heart are evident in the show and mix the contemporary emphasis in the script seamlessly into this classic story.

Earlier this year Scott Rudin unfortunately demanded that all other versions of Mockingbird productions be shut down.  This was an outrageous move, which Rudin later tried to make amends for by offering the rights to other smaller theaters to this version.  Seeing this version makes me glad it exists and wasn’t stopped by Lee’s estate – but also makes me realize that the two versions could easily have co-existed in the same country without confusion. All in all, this new play makes Mockingbird a more complicated but also a more true story for our times.  It doesn’t hang the weight and the glory on one white man.  Instead it asks its characters – and all of us – to rise into action and not wait for someone else to do it.  In this age when we see horrendous injustice in almost every corner of our country, we need to all rise.