The Gift of Empathy 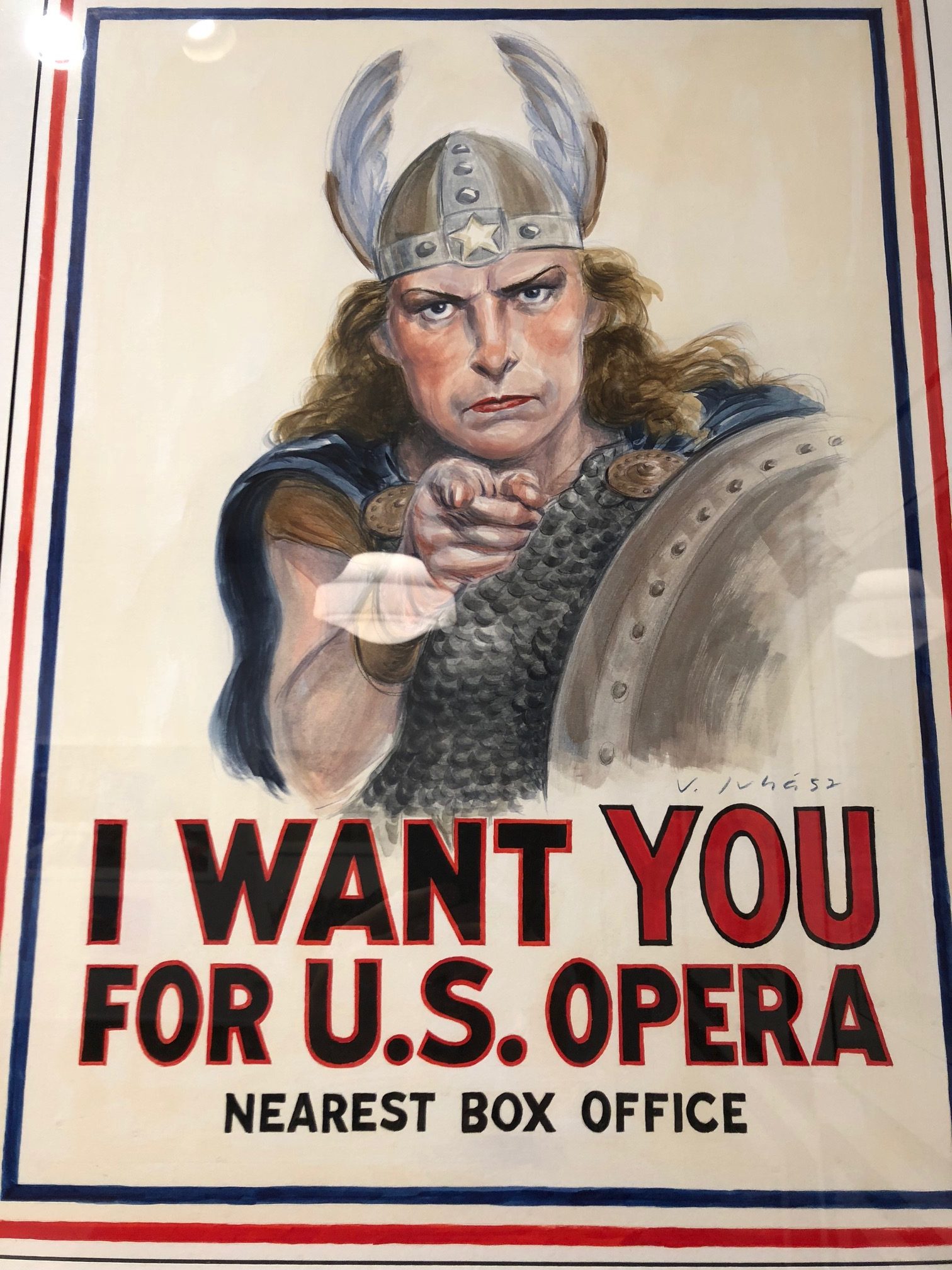 This week I wanted to feature an artist currently being exhibited in the Valley Artisans Market’s Small Gallery Space (west side of the front of Hubbard Hall at 25 East Main St. in Cambridge, next to Round House Bakery Café).

The show is of work by Victor Juhasz and is called: “No Politics, Please”- a selection of humorous illustrations and landscapes from a long career. It runs through Wednesday, March 20. Here’s a bit of Victor’s bio, from the VAM website (www.valleyartisansmarket.com): Award winning illustrator, VICTOR JUHASZ, (b. 1954) whose work is published regularly in Rolling Stone, The Nation, and The American Prospect, began illustrating in 1974 forThe New York Times while still a student at the Parsons School of Design (’75). He’s enjoyed straddling the world of the serious and humorous throughout his career. Major magazines, newspapers, television, advertising agencies and book publishers (adult and children’s), both national and international, have commissioned his caricatures and illustrations. He is also a reportorial illustrator whose visual documentation of soldiers and Marines in training and combat are part of the permanent collections of the USAF and the National Museum of the Marine Corps. In April 2017 he received the Col. John W. Thomason Award from the Marine Corps Heritage Foundation in recognition for his artwork documenting Marines in training and in the war zone.As a member of the Joe Bonham Project, created by former Marine combat artist Michael Fay, Victor drew the recovering wounded at Walter Reed Medical Center. In May, 2012 Victor and members of the Joe Bonham Project were subjects of a New York Times Sunday Arts and Leisure feature.

Victor has spoken at The Norman Rockwell Museum in Stockbridge, Massachusetts, and a parody of a Rockwell favorite, “The Runaway”, done for The Village Voice is part of the Rockwell’s permanent collection. Victor had a solo exhibition in 2016 at the Brinton Museum in Big Horn, Wyoming, which focused on his children’s book work and military art. Victor serves on the executive board of the Society of Illustrators, NY. He is the recipient of gold and silver medals from the Society as well as the prestigious Arthur William Brown and Hamilton King awards. A sampling of his extensive output can be viewed on his website, www.juhaszillustration.com. Victor also blogs about assignments and the process of creating images on the website,www.drawger.com/ victorjuhasz/. He and his wife, psychotherapist, transformation expert and public speaker, Terri Cole, have three grown sons and six grandchildren. He lives in Stephentown, New York.

What struck me first about Victor’s work was the colors – these amazing colors and brush strokes bringing to life poster art and humanity in ways that clearly remind and mimic a bit the art of Norman Rockwell. From Victor’s tongue-in-cheek “I Want You – for US Opera” and his depiction of the epic cast of the movie version of David Mamet’s Glengarry Glen Ross (with Alan Alda in the center), his work shows us life with a great warmth but also a light touch. His humor seems to warm and support his subjects, while sending them up in some loving way, similar to Rockwell’s approach. 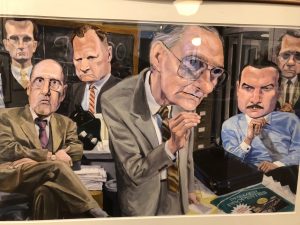 But once I looked around the gallery more, I realized Victor’s true genius shines through in his depiction of our US Military in action. Here are faces of young men and women serving their country, doing the heroic if sometimes mundane work of defending our country and each other day to day. Here are the drills, the trainings and the waiting required by military life. And the faces of those who sacrifice and give their all for our country. Again, Victor’s work seems to warmly glow on these individuals, to accompany them in their journey and allow us to see their most basic and relatable humanity. 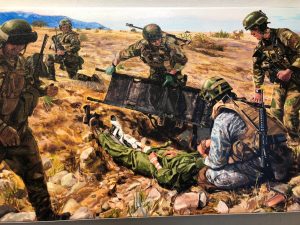 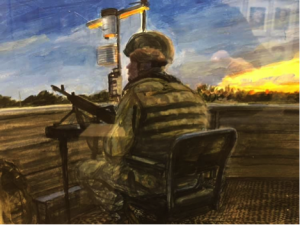 Finally, in the center of the show, is a piece named simply “Night Watch.” As we join this young soldier as the sun sets and he begins yet another long night of guarding his fellow soldiers, it strikes me that Victor is one of those rare artists who is able to put us into the picture and allow us to not just know his subjects, but accompany them. We are offered a rare experience – a chance to sit with this young man, to accompany him on this night and witness his courage. We are invited to share in his humanity and remember his fear, his boredom, and his sacrifice. That’s the best kind of gift an artist can give – to help us understand others a bit more and expand our own sense of what’s what. And to honor his subjects with the observation they deserve.

Check out Victor’s work while it’s on display in VAM, especially his celebration and support of our US Military.