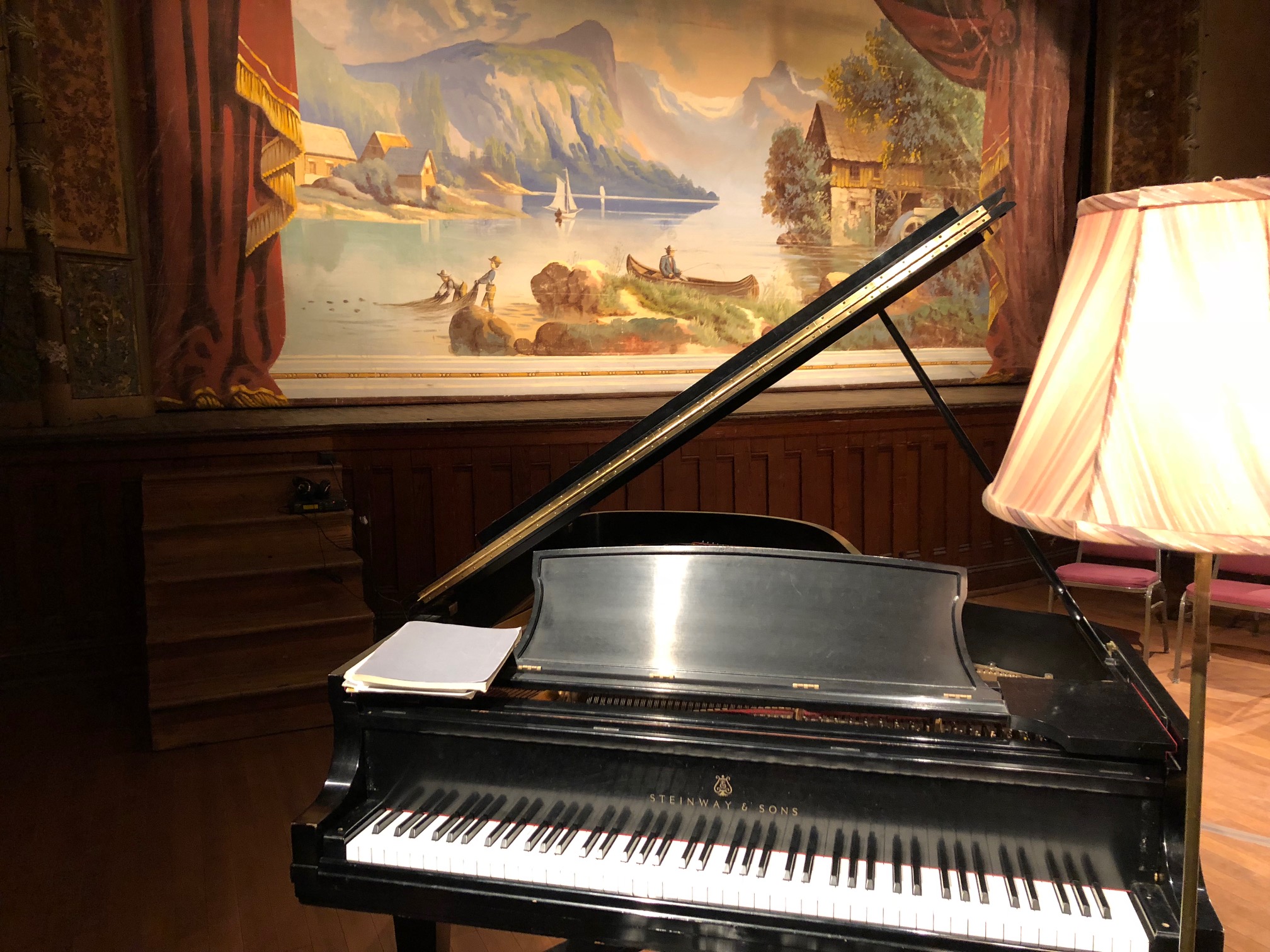 On Saturday evening we presented Daniel Shulman, Kaori Washiyama and their son Adam Shulman in a beautiful performance of Haydn, Schubert, BAch, Chopin and Beethoven, in a concert they dedicated to the memory of our dear friend Tom Cuite.

As with so many wonderful people in our world, his passing leaves a big hole.  But it also leaves a big legacy.  I offer part of his obituary as evidence:

“Mr. Cuite resided in Cambridge, NY for 47 years where he volunteered as founder and director of the Cambridge Central School drama society, producing nine shows including Oliver!, Little Mary Sunshine, An Original Review, Anything Goes, Once Upon a Mattress, Leave it to Jane, The Importance of Being Ernest and She Stoops of Conquer. Mr. Cuite led a madrigal group in Cambridge, directed the Community Choral Society and served as Vice President of Hubbard Hall. For the past eight years he taught French at Southshire Community School in North Bennington, VT. Fluent in many languages and a devoted student as well as teacher, Mr. Cuite continued to study during his retirement, taking classes at Skidmore College and maintaining French and Italian conversation groups in Cambridge, NY and Williamstown, MA. He was an accomplished pianist who played regularly into his later years. He enjoyed European travel, particularly to Italy. He was a wonderful cook who enjoyed lively conversation over delicious food.

Mr. Cuite’s early education was at Saint Francis Preparatory School and then at Fordham College where he received his bachelor’s degree in philosophy. He taught Latin and world literature at Saint Francis Preparatory School in Brooklyn, worked as assistant to the president at TIAA & CREF and as assistant to the Comptroller of the State of New York in Albany. During his career he advocated for equal workplace opportunity, conscientious investing, particularly around South African involvement by the NY State Employees Retirement System, and for outreach to benefit families of those who perished on 9/11.”

Try to beat that in a lifetime.  Tom was a true renaissance man.  People had told me he had “directed a few plays” in the past, but I honestly had no idea how deep and broad his love of the arts – and students – went.  It’s something we share more than I knew.

And yet, above all these accomplishments and experiences, the family that he leaves behind is what impresses me most.  His wife Gerry is one of the smartest, sweetest people I know.  During his memorial service, his young grandchildren spoke eloquently about what their grandfather meant to them (without notes), they played violin beautifully, they openly mourned and cried publicly without apology.  On Saturday you could feel the emotion in the room, as Dan, Kaori and Adam paid tribute to their old friend.  The people Tom leaves behind and the love, sophistication and grace they show in remembering him speak volumes about the man himself.   We miss you Tom.  And we are glad we knew you.