The Arts as an Economic Engine 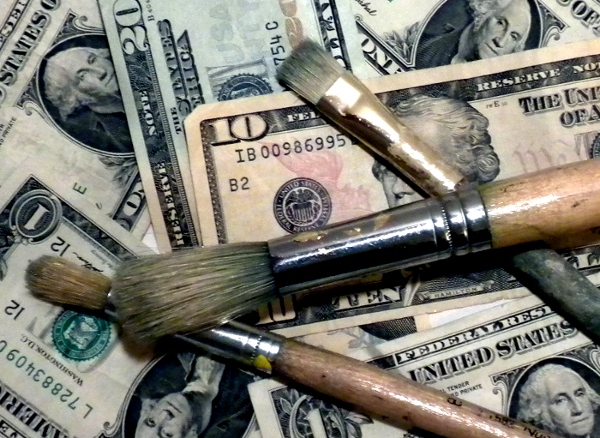 In a recent article on Forbes.com entitled Why the Arts are the Great Unappreciated Engine of the U.S. Economy, writer and musician Benjamin Wolff laments the disparity between how much the U.S. government funds the arts and how much the arts generate for the U.S. economy annually. This is understandable, given that the National Endowment for the Arts is currently funded at only .004% of the federal budget – translated to $147.9M for the entire nation, while the arts produced 4.3% of gross domestic product, or $800 billion (with a b) of economic activity in 2016, the latest year surveyed by the U.S. Department of Commerce’s Arts and Culture Production Satellite Account. According to this survey, the arts are a bigger contributor to the U.S. economy than transportation or agriculture (shocking, I know). 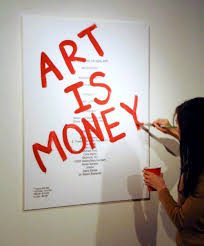 Five million Americans are employed in the arts or arts-related fields. And the arts sector has grown more rapidly than the overall economy every year since 2012. The arts have also consistently run a trade surplus for the nation, exporting more arts to the rest of the world (Marvel Studios, anyone?) than what we import from other countries. Clearly, just as in countries like Great Britain, where performing Shakespeare and maintaining great museums are drivers for their tourist trade and local job markets, the arts in the U.S. mean big business. And so why do we still need to give to the nonprofit arts?

According to Giving USA, the arts received $19.51 Billion in contributions from all sources in 2017 besides government (individuals, foundations, corporations and bequests), constituting only 5% of overall giving (with Religion as the top beneficiary).

The fact is that, in the nonprofit arts sector, we are mission driven. Meaning we are continually trying to serve our communities while stretching every dollar, to do more with less. This means that, for every show you see at Hubbard Hall, about 50-60% of the cost of the show is supported by box office sales. The other 40-50% needs to come from contributions, grants and business sponsorships. We actively keep our ticket prices low while delivering high quality products (great performances and great classes) so we can serve as many local people as possible – and so that money is never a barrier to participation.

The NEA or federal government does not provide (yet) any support to Hubbard Hall. Neither does our county or local municipalities. This is not uncommon in rural America, though in larger urban areas arts organizations often rely on national, state, county and local government support all at once. Washington, DC, where I lived before Cambridge, has neither state nor county governments, and so arts nonprofits there rely more heavily on city and federal support for the arts.

The New York State Council on the Arts currently grants the Hall approximately $35K each year, which is about 8% of our total budget. Which means that, given the population of NY State is $19.5M as of 2018, each New York State taxpayer provides Hubbard Hall with approximately two thousandths (.002) of a dollar each year or 20% of one penny. With most of these taxpayers obviously living elsewhere, outside of Cambridge and Washington County, we are gaining that state support mostly from elsewhere and drawing it into our local economy.

A few years ago one of our board members who specializes in economic development helped us do a survey on our economic impact. We discovered that, since our nonprofit’s founding in 1978, we have contributed millions of dollars to our local economy, through our arts activities but also through all the jobs created while restoring and preserving our historic buildings, including the original opera house and the three restored freight yard buildings. We also found that the vast majority of participants, audience members, and donors reside and work within Washington County, meaning the dollars generated here are staying here and contributing every day to a vibrant economic future for Cambridge and Washington County. In fact, according to the Americans for the Arts Economic Impact Calculator, Hubbard Hall has an annual economic impact of approximately $604,635, supporting 19 Full Time Equivalent jobs (meaning all the hiring activity adds up to the same as if we were employing 19 people full time).

So in many ways our local economy is benefiting from the state and national support we attract with our activities, plus all the economic activity we create by hiring local people to teach, perform and create with us. In fact, for just 20% of one penny each year, every NY state taxpayer gains a vibrant arts center dedicated to cultivating, sustaining, and promoting the cultural life of our rural community. We rely on community support – and the support of hundreds of individual donors and local businesses to help us do what we do. In many ways, the arts are ultimately stronger in the U.S. with LESS government support because it forces us, unlike our European counterparts, to create a diverse portfolio of support, between people, businesses and, yes, government grants – so that we and our missions are never beholden to a single source of funding and therefore free to deliver our best work to our constituents. Our funds are in the public trust, as I explain to my arts administration students at Skidmore College all the time. We have a sacred bond between our work and our supporters – to do good by doing art – and to do great art for the common good. We are grateful for all the support we receive in this pursuit, every thousandth of a penny.