The Genius of Sol LeWitt

By David SniderMarch 14, 2019No Comments 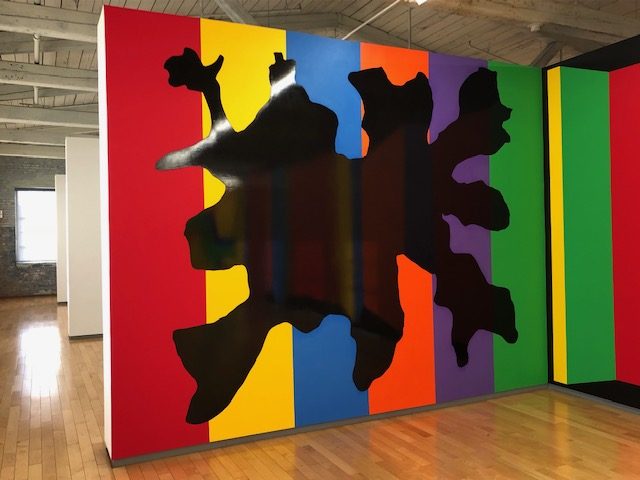 This is one of my favorite pieces of the Sol LeWitt exhibit at Mass MoCA.  It’s a great fusion of his black/gray/earlier work and the bright colors of his later years.  As one of his later works, it seems like he actively crashed an old idea into the new.

If you’ve been to Mass MoCA in the last several years, hopefully you’ve had a chance to take in their massive, three floor exhibit of the work of Sol LeWitt.  Luckily, even if you haven’t, you can see much of of the work on the Mass MoCA site here.  I’ve been lucky enough to visit it several times in the last few years.  Mass MoCA’s dedication to longer term exhibits means the work can live with us over such an expanse of time that we see new things in it as our lives play out, like seeing a classic play or movie again and relating to completely different points in it (I’m much more connected to every character who is a parent since having my kids, for example).

What blows me away each time is how collaborative and democratic Sol’s art is, while also so extraordinarily controlled and mandated.  It’s amazing how this artist could create this work, then describe exactly how he did it in a way that empowered (and mandated) how other artists could recreate it.  Sol’s work at Mass MoCA wasn’t executed by him, but by a team of artists (featured in photographs as part of the exhibit) who followed his directions and independently recreated his vision with their own artistry.  It reminds me of Samuel Beckett as a playwright – so controlled and yet relying on a whole community of collaborators.

Sol died in 2007 but his work lives on – in the instructions he left, the colors, lines and swirls he created and the spirit of creative collaboration he inspired and literally makes happen every time a team of artists take up his work.  Bravo to Sol and to Mass MoCA for hosting his work for a good long time.