By David SniderMarch 3, 2019No Comments 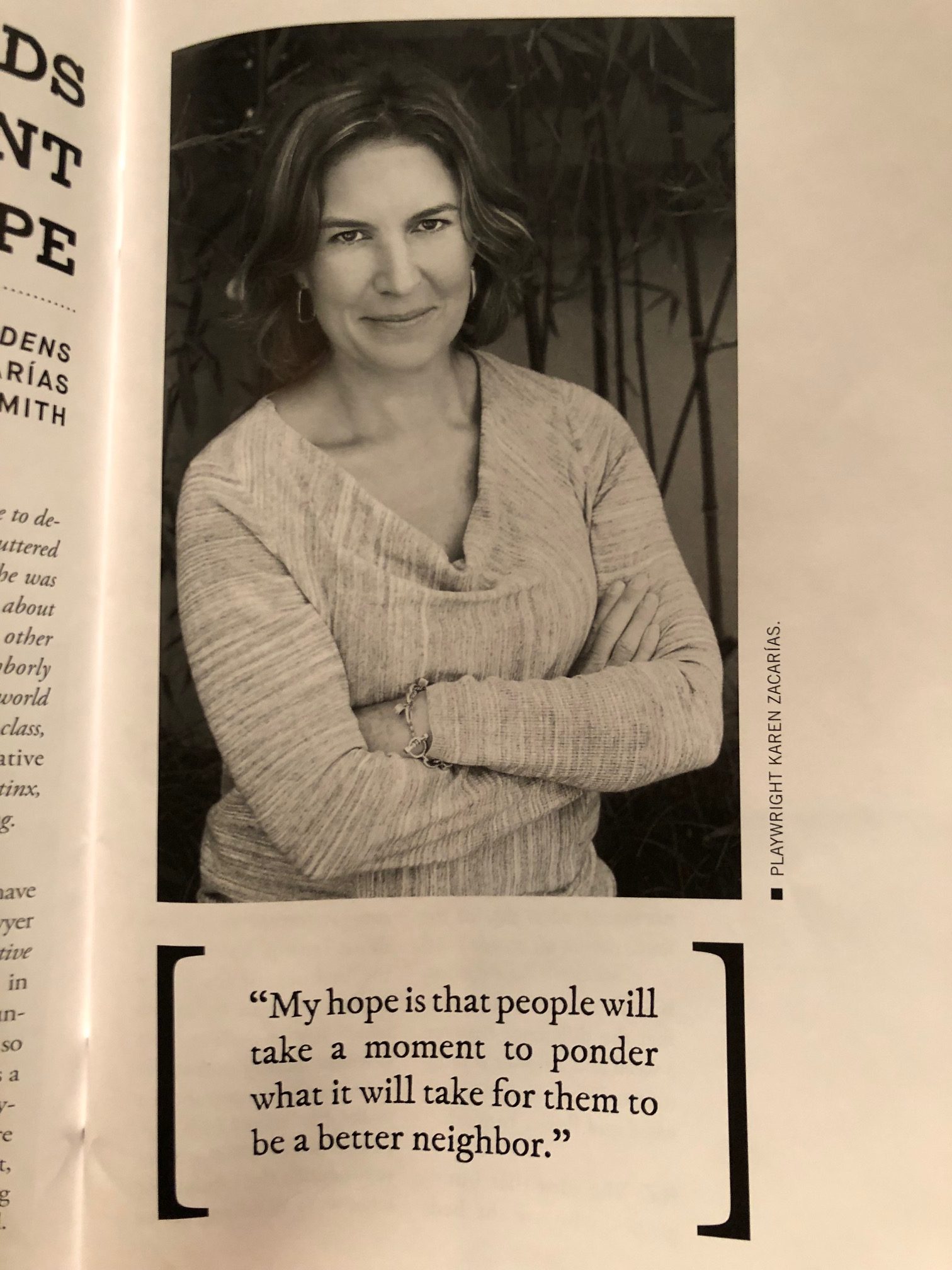 I had the huge pleasure of seeing Native Gardens at Syracuse Stage this weekend – my friend Karen Zacarías‘ hit comedy that’s played at theaters around the country, from Cincinnati Playhouse in the Park to The Guthrie and my old stomping grounds at Arena Stage. Here’s the plot, from Samuel French’s description online:

Pablo, a high-powered lawyer, and doctoral candidate Tania, his very pregnant wife, are realizing the American dream when they purchase a house next door to community stalwarts Virginia and Frank. But a disagreement over a long-standing fence line soon spirals into an all-out war of taste, class, privilege, and entitlement. The hilarious results guarantee no one comes out smelling like a rose.

It’s a brilliant comedy, one that pits neighbors against neighbors and is so topical that it sizzles.  Neighbors, Latinx and Caucasian, arguing over a border wall between their homes?  A fight based on fear and misunderstanding?  Quick arguments made from first impressions, neighborhood history and latent (and not so latent) racism?  While watching it on Friday night, the audience hooted, laughed and yelled during the arguments.  Young people finger snapped as Tania tried to explain why she felt the need to hammer her points home “so you hear me” to Virginia.   The freight train of a play runs and runs until the characters are rolling on the ground with one another, wondering how this all got so screwed up.   Sound familiar?

I told Karen via text that it was like spending another wonderful evening with her, because the play is full of her, of course – her wit, her wisdom, her spirit, her heart, her humor and, of course, her generosity for her fellow human beings.  I’ve known Karen for almost 14 years and she is one of the greatest artist activists ever.  She writes in ways that leave you laughing but also leave you changed.  She takes to the streets for what she believes but also puts pen to paper (or finger to keyboard) and creates works that challenge your heart and mind.  She’s one of the most produced and prolific playwrights working today.

Hubbard Hall audiences fell in love with her work via The Book Club Play two years ago and are hungering for more.  I’m lucky to have worked with her at both Young Playwrights’ Theater and Arena Stage – and lucky to still call her my dear friend. 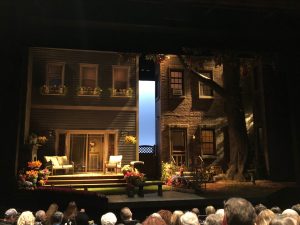 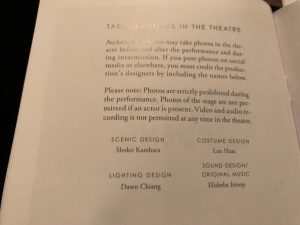