Lift Every Voice by Ernie Barnes

By David SniderFebruary 20, 2019No Comments 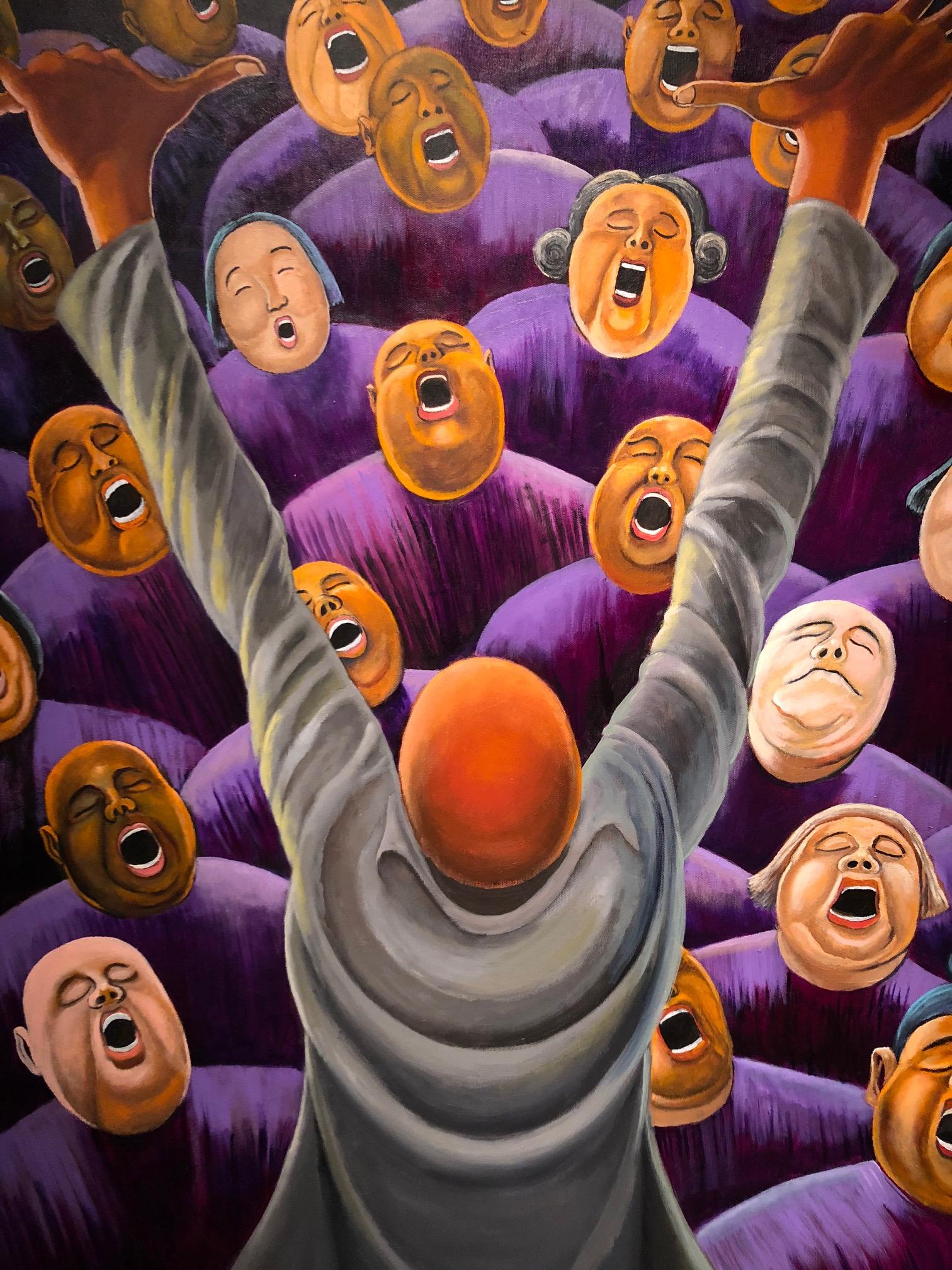 Shortly after retiring from the NFL, Ernie Barnes was hired by NY Jets owner Sonny Werblin for another full year on his NFL salary to do just one thing: paint.  Affectionately nicknamed “Big Rembrandt” by his teammates in the NFL because he was always sketching in between plays on the field, master artist Ernie Barnes is an example of where sports and the arts meet in one person.  If only more players could retire early, before real damage is done, and paint – or dance, act, or sing.  I was able to see an exhibit of Mr. Barnes’ work at the North Carolina Museum of History this week.  It’s extraordinary work – renown for its depiction of movement and exuberant life on the canvas (he knew movement especially from his football days).   Another signature of his is the always closed eyes of his subjects.  From erniebarnes.com:

“It was in 1971 when I conceived the idea of “The Beauty of the Ghetto’” as an exhibition. And I showed it to some people who were Black to get a reaction. And from one (person) it was very negative. And when I began to express my points of view (to this) professional man, he resisted the notion. And as a result of his comments and his attitude I began to see, observe, how blind we are to one another’s humanity. Blinded by a lot of things that have, perhaps, initiated feelings in that light. We don’t see into the depths of our interconnection. The gifts, the strength and potential within other human beings. We stop at color quite often. So one of the things we have to be aware of is who we are in order to have the capacity to like others. But when you cannot visualize the offerings of another human being you’re obviously not looking at the human being with open eyes. We look upon each other and decide immediately: This person is Black, so he must be… This person lives in poverty, so he must be…”

If his work looks familiar, it may be because you’ve seen it on television.  Mr. Barnes iconic work “The Sugar Shack” appeared during the closing credits of the hit 70’s sitcom Good Times: 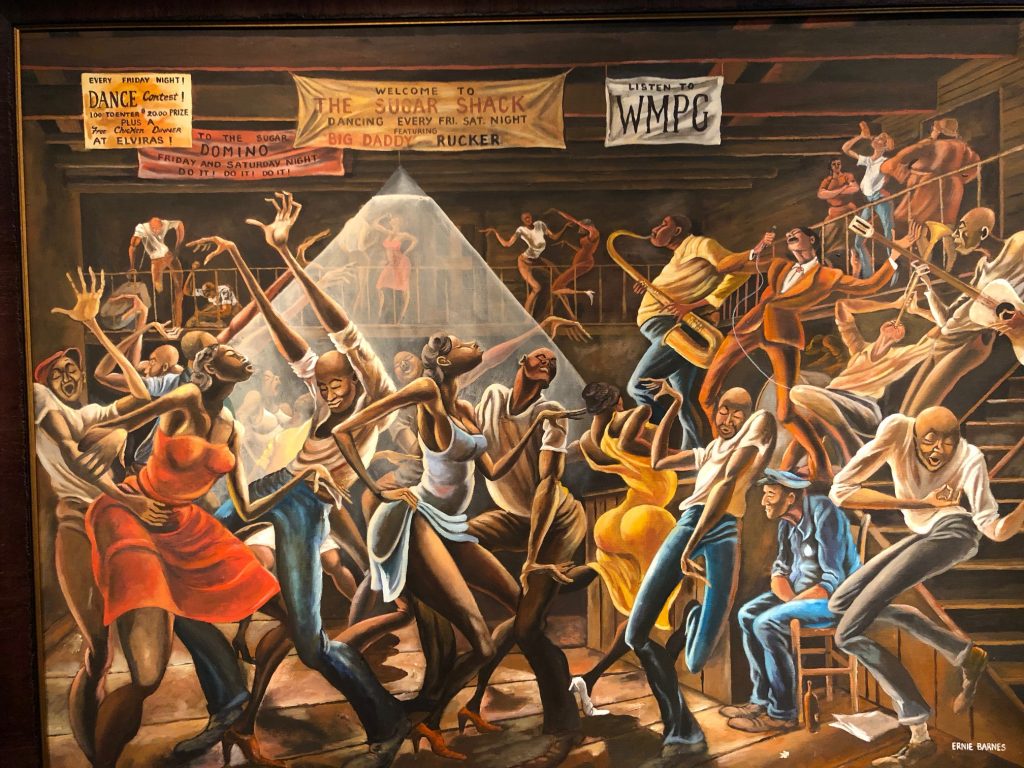 Such life in this painting.  Such celebration and joy.  I wish we all can live as rich and creative a life as Ernie Barnes.

To Lift Every Voice – Amen to that.